GPU-acceleration has become commonplace in many applications such as machine learning, Big Data and neural networks, Supermicro and Nvidia have combined to create the most powerful 1U GPU server available today.

Pascal is the latest generation GPU architecture from NVIDIA. It features significant performance improvement over the Maxwell architecture, driven by technologies such as stacked memory and NVLink interconnect. The Tesla P100 has been purpose-built as the most advanced datacentre accelerator, and utilises this new architecture. One of the most interesting features of Pascal is the new NVLink interconnect system. When using a standard multi-GPU configuration with a PCI-E switch, the limited PCI-E bandwidth to the CPU memory is shared between GPU’s. The link will become even more saturated when peer-to-peer GPU traffic is factored in.

NVLink addresses this problem by providing a high-speed 80Gb/s interconnect path wholly devoted to peer GPU-to-GPU connections. Combining this with RDMA via Infiniband or Omnipath provides the most powerful possible parallel computing environment. As shown below with the increase in performance compared to the previous generation K80 GPUs. 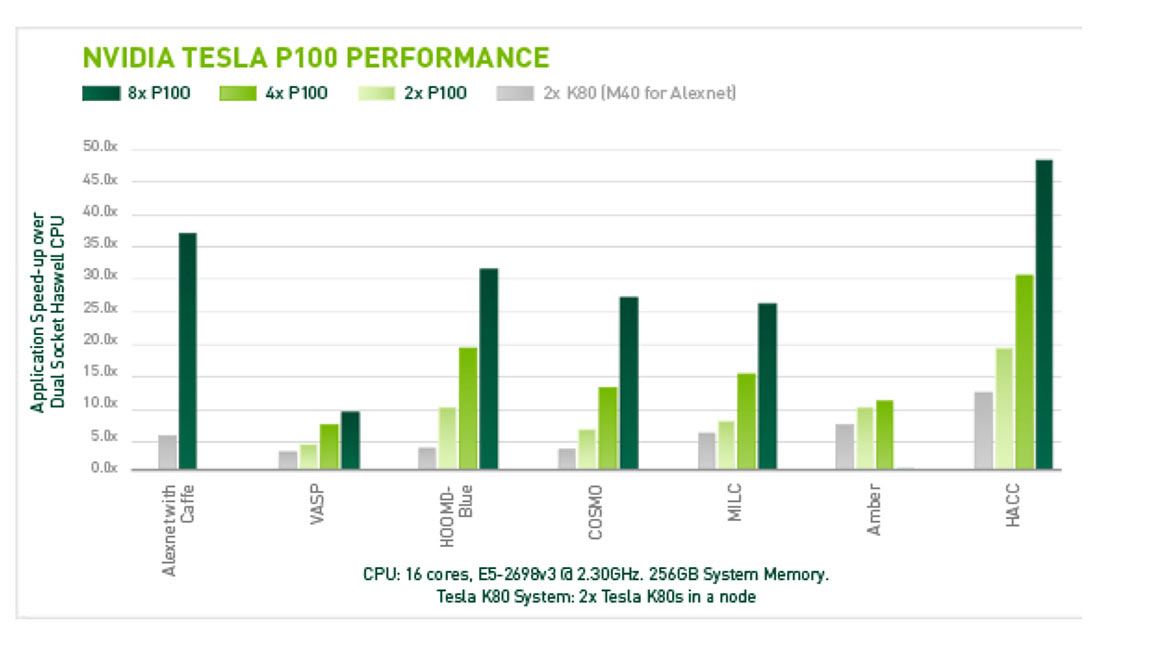 Supermicro’s industry leading Pascal-based servers are a masterclass of server design and innovation, creating a streamlined architecture which eliminates complex cabling and GPU pre-heat for maximum airflow, cooling and performance-per-watt. The high-density 1U server can support up to 4 Pascal GPU’s, making it the most optimal system for scalable GPU acceleration.

In addition to the 4 GPUs, the 1U server provides 2 x PCI-E Gen 3 slots for InfiniBand or Omnipath allowing strong RDMA performance.

Due for launch late summer, Supermicro’s Pascal-based 1U server is ready to take machine learning and HPC to the next level.