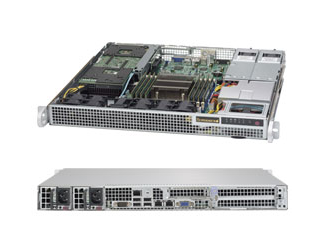 Enter the world of graphics-intensive VDI at half the normal cost! Our seeding programme offers a certified VDI optimised server for 50% less than the original price

In partnership with NVIDIA® & Supermicro, BIOS IT has configured a number of high performance Virtual Desktop Infrastructure (VDI) optimised platforms.

The seeding server consists of the following:

NVIDIA's patented low-latency remote display technology greatly improves the user experience by reducing the lag that users feel when interacting with their virtual machine. With this technology, the virtual desktop screen is pushed directly to the remoting protocol.

The Kepler GPU includes a high-performance H.264 encoding engine capable of encoding simultaneous streams with superior quality. This provides a giant leap forward in cloud server efficiency by offloading the CPU from encoding functions and allowing the encode function to scale with the number of GPUs in a server.

NVIDIA GRID boards have an optimized multi-GPU design that helps to maximize user density. GRID K1 boards, which include four Kepler-based GPUs and 16GB of memory, are designed to host the maximum number of concurrent users. GRID K2 boards, which include two higher end Kepler GPUs and 8GB of memory, deliver maximum density for users of graphics-intensive applications.

GRID boards are designed, built, and tested by NVIDIA for 24/7 operation. Working closely with leading server vendors such as Cisco, Dell, HP, IBM, and SuperMicro ensures GRID cards perform optimally and reliably for the life of the system.

GRID boards enable GPU-capable virtualization solutions from Citrix, Microsoft, and VMware, delivering the flexibility to choose from a wide range of proven solutions.